Welcome to Brick Critics, a free online LEGO review provider written collaboratively by its readers known as Reviewers. This site is a Wiki meaning that anyone including you, can edit and contribute too! Brick Critics runs using the same software used by Wikipedia known as MediaWiki, and with the help of editors like you we aim to have reviews on any LEGO product and strive to be the best source for LEGO Reviews out there for LEGO fans of all ages!

New? Welcome to Brick Critics! Feel free to post a review and contribute!

Can't find the page you are looking for? Then create it now! Just type in the name of it in the box below...

This is the biggest Monster Fighters set I have to date

As always,I will list them from favorite to least favorite:

Lord Vampyre:He comes with a cool sword.He has a awesome torso with suit printings.Barely any leg printings.Double-sided face with one side open mouth other side his mouth is closed.No cape sadly.Plus a Glow in the dark head!

Dr.Rodney Rathbone:He has an unprinted bowler hat along with a mustache.He has a pistol along with sword that has a safety seal.His torso has a white shirt with a silver jacket along with a red tie.Not to forget the golden watch hanging out his pocket.My favorite part about him is his one robot leg.

Renfield/Zombie Driver:He has a surprisingly cool face with a ripped blue suit.His back and leg printings have rips.I just wish he had a weapon.

I just thought I would mention that this motorcycle is Frank Rock's in Monster Fighters videos.It is grey on some parts,but mostly maroon.It has two flames on the sides.It has a dynamite holder,plus a gun holder.

This covers baggies one and two.The part I liked the most is the detailed engine with a red moonstone.The one flaw is that it is in front of the view for the person driving.It comes with a glow in the dark flame sticker too.TBA or To Be Added.

Reviewer of the Month: December

Brick Critics, located at legocritics.wikia.com, is Wikia's largest LEGO review wiki, which was founded on July 19, 2011 by Mr.Legos. Brick Critics's goal is to provide a free online review encyclopedia on LEGO. More than one years after it was established, Brick Critics has reached a size of 279 articles, and has 0 active users right now. 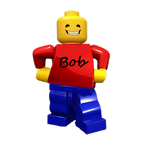 Here at Brick Critics we care about your child's safety and therefore strive to do our best to ensure that your child's experience here is of a child friendly environment to learn in.

Reviewers are the people who write and edit articles for Brick Critics, collaboratively working together. Give your nomination for the Reviewer of the Month award.

Got a question? Try asking a contributor!

Retrieved from "https://legocritics.fandom.com/wiki/Main_Page?oldid=13390"
Community content is available under CC-BY-SA unless otherwise noted.